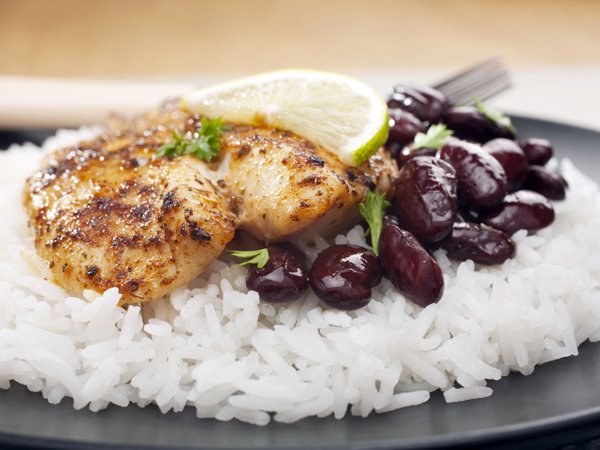 You may pump iron at the gym a few times a week, but your body pumps it continuously through the bloodstream every day. Iron is needed to make hemoglobin, a part of red blood cells that acts like a taxicab for oxygen and carbon dioxide. It picks up oxygen in the lungs, drives it through the bloodstream and drops it off in tissues including the skin and muscles. Then, it picks up carbon dioxide and drives it back to the lungs where it’s exhaled.

If the body doesn’t absorb its needed amount of iron, it becomes iron deficient. Symptoms appear only when iron deficiency has progressed to iron deficiency anemia, a condition in which the body’s iron stores are so low that not enough normal red blood cells can be made to carry oxygen efficiently. Iron deficiency is the most common nutritional deficiency and the leading cause of anemia in the United States.

The body absorbs two to three times more iron from animal sources than from plants. Some of the best dietary sources of iron are:

Although you absorb less of the iron in plants, every bite counts, and adding vitamin C to vegetarian sources of iron will enhance absorption. Some of the best plant sources of iron are:

The following populations of individuals are at a higher risk for developing iron deficiency.

Women Who Are Pregnant or Breast-feeding: Increased blood volume requires more iron to drive oxygen to the baby and growing reproductive organs. Consult your doctor or registered dietitian nutritionist before taking an iron supplement.

Young Children: Babies store enough iron for the first six months of life. After six months, their iron needs increase. Breast milk and iron-fortified infant formula can supply the amount of iron not met by solids. Cow’s milk is a poor source of iron. When children drink too much milk, they crowd out other foods and may develop “milk anemia.” Two cups of milk per day is the recommended amount for toddlers.

How to Prevent Iron Deficiency

Eat a balanced, healthy diet that includes good sources of iron to prevent any deficiencies. Combine vegetarian sources of iron with vitamin C in the same meal. For example: a bell pepper-bean salad, spinach with lemon juice, or fortified cereal and berries.

If treatment for iron deficiency is needed, a health-care provider will assess iron status and determine the exact form of treatment — which may include changes in diet or taking supplements.